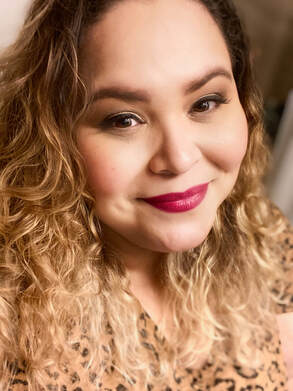 Before her acceptance into Brown University, Tatyana was the Artistic Director of the Micro Theater Miami. Where she integrated English-language plays, where previously all the plays were performed in Spanish. While leading the creation process of 15-minute plays in 20 X 8 shipping containers, she established Micro-theater for Kids, a youth-focused theatrical format which was never before seen in the United States. Tatyana later moved on to help revive the Seminole Theatre as the Associate Director, a performance venue in Downtown Homestead after a 40 year closure.

Upon her arrival to Brown, Tatyana became thoroughly involved in Teatro en el Verano, a partnership project between Rhode Island Latino Arts and Trinity Rep.  With a team of local Providence artists, Tatyana forged the path to what is now both a Trinity Rep and Providence staple immersive theatrical experience. The bilingual Shakespeare projects  celebrate the expansive beauty and cultural relevance of the Latinx community by partially translating and adapting Shakespeare's cannon into both contemporary English and Spanish.  These works include:  Tanta Bulla ... ¿ Ya Pa' Que? (Much Ado About Nothing) adapted by Kufa Castro and La Tempestad adapted by Orlando Hernandéz.
Tatyana's ability to adapt to any style and elevate a playwright's vision led to her being brought on to direct the new works of New York's up and coming playwrights.  These works include Miku and the Gods by Julia Izumi (2020 Audrey Resident at New Georges), Saltfish by Kyla Searle (Kennedy Center Theatre Festival Award Recipient),  and Jar of Fat by Seayoung Kim.

She dove into the realm of poetic realism with Jose Rivera's References to Salvador Dali Make Me Hot (Pell Chafee Performance Center) and soon after mounted Tanya Saracho's titillating two-hander FADE at Trinity Rep. The 2019 Matt Harris Directing Fellow assisted Sarah Ruhl's Orlando, and Donja Love's Soft at the Williamstown Theatre Festival, the world premiere of Lauren Yee's Song of Summer at Trinity Rep, and the workshop of Regina Taylor's A Seat at the Table at the Rites and Reason Theatre.  Versatile in her artistry, Tatyana's other works include: The Last Days of Judas Iscariot by Stephen Adly Guirgis, Comedy of Errors Ahi no! Comedia de Equicovaviones adapted by Kufa Castro, She Kills Monsters by Qui Nguyen (Pell Chaffee Performance Center), Real Women Have Curves (Mainstreet Players, Miami), and Clybourne Park (Mainstreet Players).  For more information, be sure to contact Tatyana-Marie at tatyanamariecarlo@gmail.com.